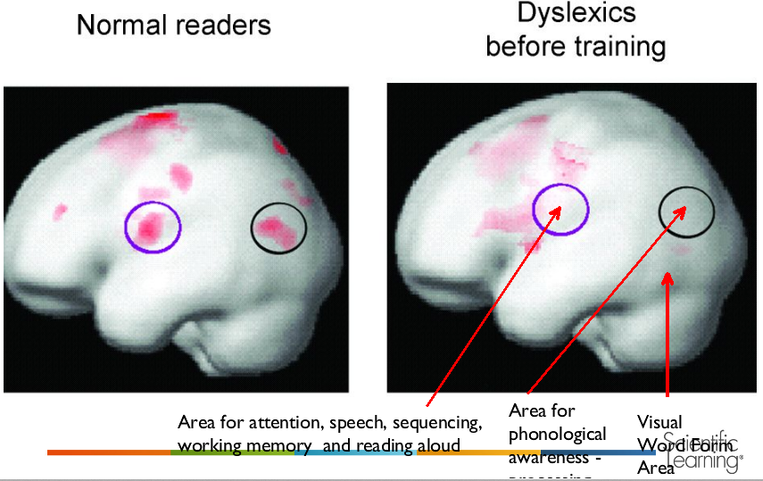 In children affected by ASD (Autism Spectrum Disorder) the brain is NOT impaired, it just matures differently. What does that mean? it means that:
-The human brain works in networks; so, some specific regions in the brain have to fire together,  depending on the neurological law that states “neurons that fire together wire together.”
-Fiber Tracks (groups of neurons that execute a mental function) maturation (building and growing myelin sheath around the neuron's axons) differs from a Fiber Track (=function) to another.
-Some Fiber Tracks end maturation process by 8 years old, some of them continue to mature until around 30 years old.
-HUMAN BRAIN MATURATION PROCESS DEPENDS ON THE ENVIRONMENT IT IS EXPOSED TO.
-Gene mutations make children SUSCEPTIBLE to developing ASD.
-The brain prune itself; fine tune itself “correctly” during interacting with the “Environment” in normal children, which is not the case with ASD susceptible children, which creates “neurological noise” in their brains; stimuli that don’t draw the attention of normal children doe’s, unnecessarily, for ASD children.
-In ASD affected people (2-19) years old, especially in the temporal lobe, there were a linear decrease in dendrite spine numbers, which is responsible and very important for mapping the sounds of one’s native language.
-Research shows that the “mapping” of the sound of the language is impaired in children with ASD (see illustration 1)
- Research concluded that this deficit may contribute to the abnormalities in cognitive functions that humans acquire in the late childhood, teenage or early adult years, and those functions include:-the acquisition of executive skills such as reasoning, motivation, judgment, language and abstract thought.

What can we do?

Depending on the reality that:
-The human brain continue “Maturing” in ALL children through ADULTHOOD, and
-Long Fiber Tracks and pruning (fine tuning) depend on the Environment in general and experience in particular.
-Intervention in the Environment in general and in the Experience via neuroscience based interventions in particular can change the brain of children with ASD and ADHD in a very positive way. By making the child’s experience so structured, so focused on those Fiber Tracks, and on those areas of the brain that need to be "mapped" we can drive the brain to mature in a positive way.

Changes in the Environment and Well designed neurotechnologies
-Can prune, fine tune "critical brain maps",
-With Available technologies we can control the neuromodulators of brain plasticity (chemicals that the brain needs to be able to change itself; acetylcholine, dopamine, norepinephrine.)
-Can use exercises that promote the building of long Fiber Tracks that support processing speed, memory skills, attention skill, that constitute the foundation for language and cognitive skills essential for academic success and life skills (executive functions) (See illustration 2)

The mentioned neurotechnologies have been developed by neuroscientists and research centres, they have been tested and with thousands of children affected by ADHD, ASD, and Dyslexia and they have been proven helpful. The improvements resulted vary from essential positive improvement to stunning positive changes.

As licensed providers of one of the neurotechnologies designed by  Scientific Learning Centre we, in K.W. Hypnotherapy Center, tested one of the most effective programs (called FastForwred) with a client (14) years old who was diagnosed with ADHD, and along with other changes in his ENVIRONMENT, (lifestyle variables), we got profound changes, on both of the behavioural and the cognitive levels.​

​The principles of our approach to "Optimize" human behaviour are as follows:

1- Physiologically, we inherit from our parents a brain and a nervous system that are "roughly wired" .

2- Our neurological inheritance provides a kind of predisposition, it does NOT, in and of it self, determine our future

3-Our own Environment (=lifestyle= Nurture) in general and experiences (learnings) in particular shape our brain and our nervous system, either enhancing the inherited behavioural predisposition or weakening it and replacing it with something else.

4-In early years (roughly until 8 years old) the brain learns and acquires behavioural patterns effortlessly, quickly and just by exposure.

5-All people have, more or less similar  (not identical) brains and nervous systems that can "learn" at any age.

6-The normal chemical balance of the complex system  of the  human brain can be disturbed and can be re-balanced.

7-Reballancing the nervous system is an element of rebalancing the Seven Core Physiological Systems of human body.

8-The human brain is plastic, it  re-wires itself all the time, and when we provided it with the right "Environment" we CAN GUIDE the  re-wiring process and affect it's location, direction and speed.

9-Right Environment means: 1-Four Pillars of Our Approach. 2- Exercise the nervous system to acquire "normal" neuro-pathways and neuronal networks .3-Enhancing the newly acquired learnings and building new ones in the hypnotic state. 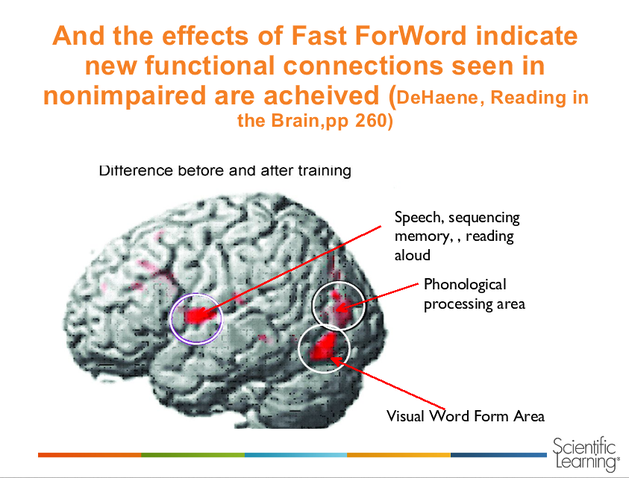