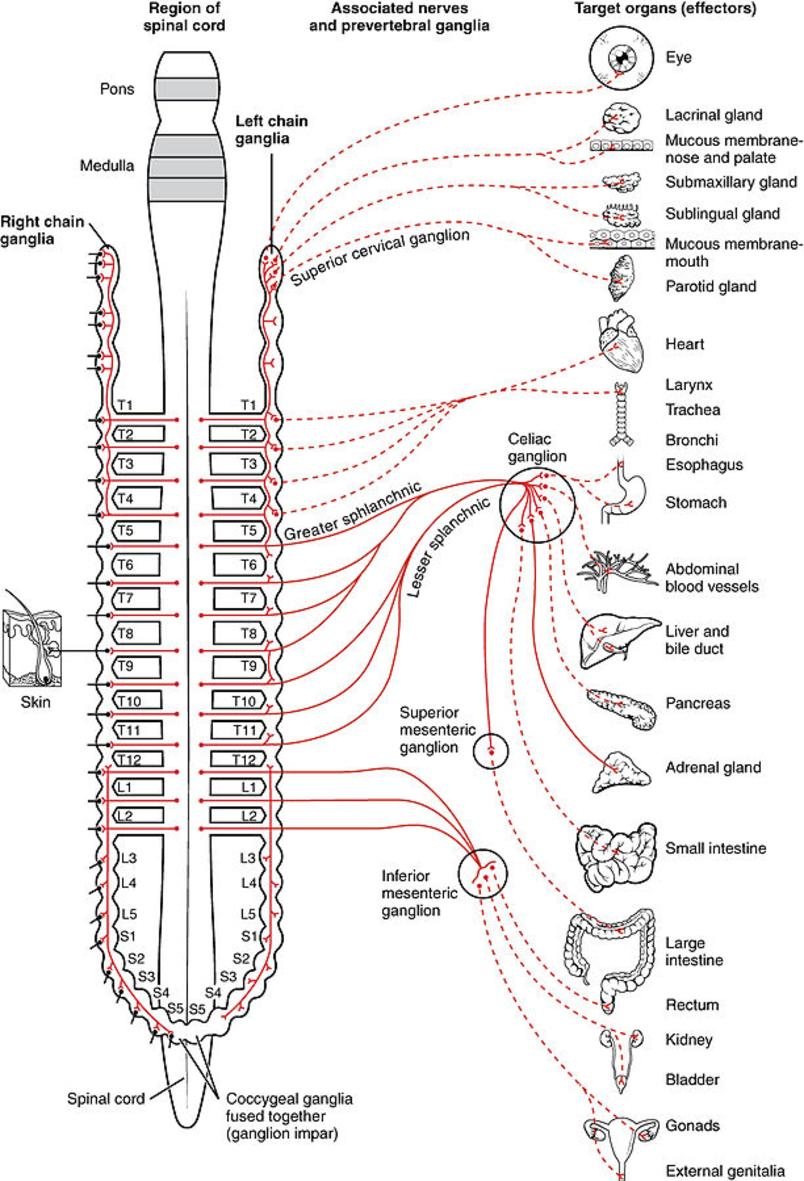 Continue: What is Hypnosis:

The Relaxation Response is the opposite of the Stress Response.

The stress response is entrenched in our brain programming because it is a survival mechanism, known as fight/flight response. When our brain, through input from our senses, recognize a life-threatening condition,  the amygdala signals the hypothalamus which in turn sends a signal to the pituitary gland that triggers the adrenaline glands to spit out cortisol and epinephrine, which mobilizes the body's energy to help us survive, it increases heartbeat rate and blood pressure, breathing, increases blood flow to our large muscles groups... and this continues until the threatening condition is no longer there, and it is supposed to finish after around 90 seconds, but this is not the case in our modern society, because the amygdala (part of the hardware for the unconscious programming of our brain) does not differentiate, for example, between real-life threat and an emotional threat! So, the same response gets triggered (with more or less intensity) when someone irritates us!

It is the normal state (ideally) of the autonomic nervous system, in which the parasympathetic system takes over, calms the body, bringing in the healing hormones like, dopamine and endorphins, when the body mobilizes its energy for the maintenance and restoration processes, the healing processes.

Inducing the hypnotic states itself creates the relaxation response,

​ Now, how does the utterances of the hypnotist; the suggestions, travel through those neuro-pathways after they hit the auditory nerve and reach the “brain” and make it send signals to other parts of the nervous system and affect certain organs of the body, other than inducing the relaxation response,  is unknown, it is something to be researched, explored and discovered!